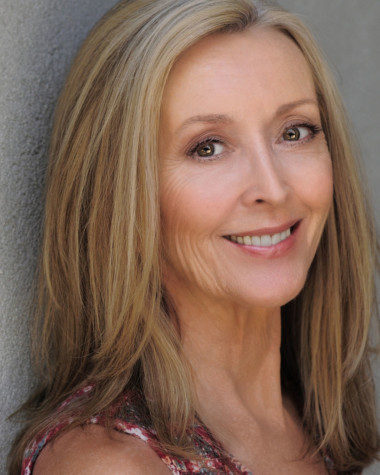 Teri Bibb
https://www.teribibb.com
Hi! I'm an actor, singer, musician... a former New Yorker, a wine enthusiast, a beach lover... passionate about travel. And I may or may not have an unhealthy addiction to rescuing animals.
Your account is Approved
About About
MTG Show Credits MTG Show Credits
Bio Bio
Private Lessons Private Lessons
Contact Information Contact Information

Teri Bibb, whose lilting soprano was described by the Washington Post as "deliriously lovely" and by the New York Times as "exquisite," has charmed audiences around the world. She was called "perfection" by the Miami Herald and Variety declared "...it's clear she's in a class of her own."

Teri is perhaps best known for her 1000+ performances as Christine Daaé in THE PHANTOM OF THE OPERA on Broadway and with the national tour, singing a command performance at the White House and earning a Helen Hayes Award nomination and a Carbonell Award along the way. She was also seen on Broadway in the first revival of SHE LOVES ME, where she stood by for and played the role of Amalia. Other notable credits include playing the title role in FANNY opposite the late José Ferrer at the Paper Mill Playhouse, and starring in the world premieres of two new musicals: SONGS FROM THE TALL GRASS at the Ford's Theatre in Washington, D.C. and CHILDREN OF THE NIGHT with the Katselas Theatre Company in Beverly Hills, for which she received an Ovation Award nomination for Lead Actress in a Musical.

Ms. Bibb has been a featured soloist in gala tributes honoring Lord Andrew Lloyd Webber, Stephen Sondheim, and Harold Prince, including THE BROADWAY PRINCE at Carnegie Hall and seven annual THE NIGHT OF 1,000 VOICES concerts at London's Royal Albert Hall. She sang duets with tenor José Carreras at Radio City Music Hall, and in 2002 starred in ONE ENCHANTED EVENING in Belfast, Northern Ireland. She has sung with orchestras across the US, including the Santa Fe, St. Louis, Cape and Pacific Symphonies, the California Philharmonic and the New York Pops; and can be heard on the recordings "Unsung Irving Berlin" and "A Gala Concert for Hal Prince.”

In Los Angeles, Teri played Clara in the LA concert premiere of Sondheim's PASSION and was featured in RODGERS & HART & HAMMERSTEIN for the Reprise Theatre Company. She has guest starred on television, been a supporting player on film, and has sung on several film scores, including ICE AGE and POLAR EXPRESS. Teri has also been a guest soloist on ABC’s DANCING WITH THE STARS.