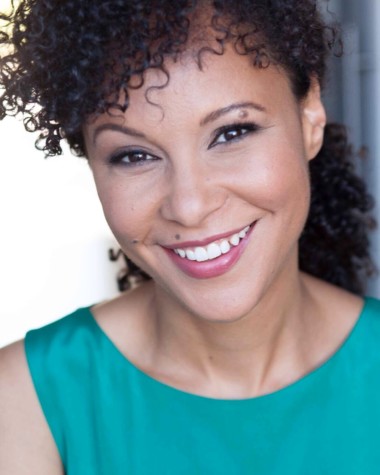 A bicoastal actress from sunny California, Natalie is often stopped on the street by people who ask her why she's smiling.

She has performed on stages in Hong Kong, Abu Dhabi, and across the U.S., as well as on numerous television shows and commercials. Her TV credits include recurring roles on HBO's BOARDWALK EMPIRE, NBC's DECEPTION, The CW's 90210, and BET's HELL DATE. But she is most recognized on the street for playing "Sondra" on THE COSBY SHOW, which she definitely, definitely did not do.

Her NYC theater credits include the Off-Broadway productions of RENT (Mimi), MURDER BALLAD (Standby Sara / Standby Narrator), and The Public Theater's production of Lin-Manuel Miranda's THE HAMILTON MIXTAPE, which is now the Tony® and Pulitzer Award-winning Broadway musical HAMILTON.

In her travels Nat has been known to dance on tables, get acupuncture at open markets, and talk to exotic food. She has allegedly been overheard whispering to said food, phrases like, "Ooh, you're so good," and "Get in my mouth." There is absolutely no evidence of this.

When time allows, Natalie can be seen performing her original cabaret and comedy at various New York and Los Angeles venues, and leading The Natalie Wachen Quartet.