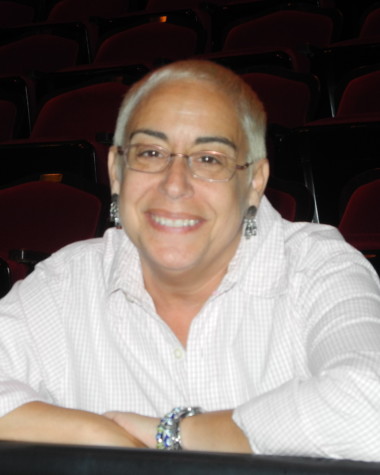 Leesa Freed – Staff
Thank you for looking at my page and Welcome to MTG's webpage. This group has among its members some of the most talented stage performers. Please go check out our performers' pages.
Your account is Approved
About About
Bio Bio
Contact Information Contact Information

Leesa is proud to be co-production manager and stage manager for MTG. This had always been the theatre company she dreamed of joining.
When the pandemic struck in March of 2020 Leesa had just completed her 8th production with MTG; IT SHOULDA BEEN YOU. She is looking forward to March 22, 2022 when she will be Stage Manager for LIVE LAUGH LOVE, A SONDHEIM BIRTHDAY CELEBRATION at the El Portal Theatre.
Leesa received her equity card with Storybook Theatre at Theatre West and has since been their stage manager for over 30 productions. Currently you can bring your children to GOLDILOCKS AND THE THREE BEARS Saturdays at 1:00 pm through May 2022. Will Collyer of MTG is Papa Bear/Daddy Locks.
Leesa was the resident stage manager at the Colony Theatre prior to it ending it's years as a producing theatre. Leesa was production stage manager for 31 productions ending with the last production, BEST OF ENEMIES staring Larry Cedar and directed by the late David Rose.
In addition to her productions with MTG, and the Colony Theatre, Leesa has been a long time technical member at Theatre West having worked dozens of shows over the years. Her other Los Angeles stage managing credits include productions at The Geffen Playhouse, Odyssey Theatre, The Victory Theatre Center, Gindi Auditorium, Luckman Fine Arts Complex, Ford Theatre and The Music Box in Hollywood. She was the production stage manager for several years with the STAGE (Southland Theatre Artists Goodwill Event) which was the longest running annual AIDS benefit. Stage managing has also taken Leesa to New York, Detroit and San Francisco.
Leesa received the 2009 Red Carpet Award from Women in Theatre.
Leesa made her producing debut with her friend Betty Garrett on the critically acclaimed Betty Garrett, Closet Songwriter at Theatre West.
In her spare time, Leesa practices law.