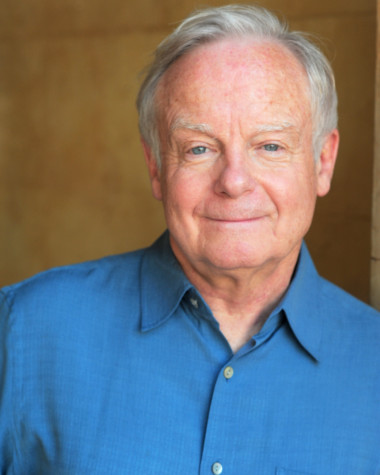 James Gleason appeared in AN ACT OF GOD with Sean Hayes on Broadway and at the Ahmanson Theatre in Los Angeles. He stars in and wrote the one-man show ACTOR UNDER FIRE which was a semi-finalist at the Eugene O'Neill Theatre Center. He based this play on his experiences on his tour of duty in Vietnam. James’s latest play MIKE AND MARY was also a semi-finalist at the Eugene O’Neill Theatre Center. In addition to ACTOR UNDER FIRE, James appeared in the New York Theatre Workshop hit play THE BATTLE FOR THE PENTAGON PAPERS. He appeared in the U.S. premiere of David Hare's STUFF HAPPENS at L.A's Mark Taper Forum and starred as Jack in THE WEIR at L.A's Geffen Playhouse. He starred regularly as Jimmy McQuinn on the series THE DAYS AND NIGHTS OF MOLLY DODD among countless Guest Star roles on other series including THE MORNING SHOW, MODERN FAMILY, MEN OF A CERTAIN AGE, FAST FORWARD, SARAH CONNER CHRONICLES and FRASIER. Film credits include AMERICAN DREAMZ, MOTHER with Albert Brooks, REVENGE OF THE NERDS and Gene Wilder's THE WORLD'S GREATEST LOVER. New York Broadway and Off-Broadway theatre credits include: THE GUYS IN THE TRUCK, SPEED-THE PLOW, CURSE OF THE STARVING CLASS and THE MISER. He played Billy in STREAMERS and Mickey in HISTORY OF AMERICAN FILM at the Mark Taper Forum. He created the role of Charlie Brown in the original production of the musical SNOOPY and can be heard on the cast C.D. James also was in the International Tour of THE BATTLE FOR THE PENTAGON PAPERS produced by LA Theatre Works. He appeared as H. L. Mencken in the L.A. Theatre Works National Tour of THE GREAT TENNESSEE MONKEY TRIAL with Ed Asner. James also appeared in the National Tour of the L.A. Theatre Works production THE CAINE MUTINY COURT-MARTIAL as well as the L.A. Theatre Works productions of RAISIN IN THE SUN, TWELVE ANGRY MEN and BROADWAY BOUND at the Skirball Center in L.A. James is an L.A. Drama Critics Circle award winner for his performance in Interact Theatre Company's production of COUNSELLOR-AT-LAW and STATE OF THE UNION. While a member of the Musical Theatre Guild in L.A. he played leading roles in many of their productions including 1776, MERRILY WE ROLL ALONG, WHERE'S CHARLEY, THE APPLE TREE, BELLS ARE RINGING and THE RAINMAKER. James is married and makes his home in Los Angeles. CA. He can be reached at [email protected] or on his website jimmytheg.com