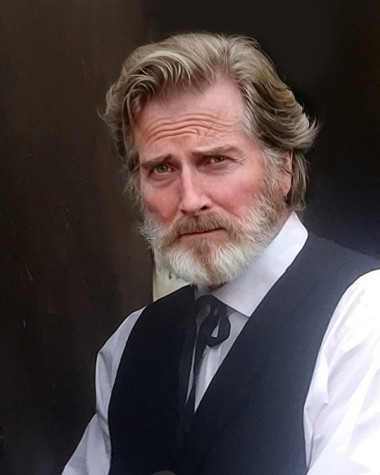 Gordon Goodman Founding Member
https://www.gordongoodman.com
Greetings! This is my virtual self here at MTG. I'm gathering all of your personal information off your computer's hard drive so that I can sell it to Google because I have to make some money on the side. Enjoy! Stay as long as you like. Oh and... just checking my camera... yes, It seems you have something burning on the stove.
Your account is Approved
About About
MTG Show Credits MTG Show Credits
Bio Bio
Private Lessons Private Lessons
Contact Information Contact Information

Gordon Goodman, Ph.D. is an American media and entertainment psychologist and veteran professional singer and actor, having performed dozens of roles for the professional stage across, on television, and has been featured in over 25 television commercials to date, including Jack in the Box and Verizon. He was a Los Angeles Ovation Award nominee for Best Actor for his performance of "Barrymore, is a Scenie and Mercury Award winner. Dr. Goodman began a professional career as a classical baritone soloist at age 16, performing live or recording with organizations such as the: London City Symphony, the Prague Symphony, the West Side Symphony, the Pasadena, Phoenix, Utah, and San Diego Symphonies, the Los Angeles Baroque Orchestra, and others. His voice can be heard on many motion pictures soundtracks, where he worked under the batons of John Williams, Jerry Goldsmith, Randy Edelman, Bruce Broughton, James Newton Howard, and Henry Mancini, to name a few. Gordon Goodman was the first live action Aquaman. He has his own animatronic character performing daily at a major Disney park. He has been a voice-over artist for many companies, and was the voice of Rudolfo on one of the most popular Pink Panther cartoons, “Nut at the Opera.” He has worked as creative artistic director, helping develop game shows for television. He is the author and composer of 12 musicals. His books and audiobooks are available at Amazon.com and Audible.com, and his audiobook, "Emma and the Gobbletygoos" (with the cast of "Days of Our Lives") is available through Retinoblastoma International. He has been a professional illustrator, graphic artist, painter and sculptor, with paintings currently listed at FineArtAmerica.com. He has taught psychology at both the graduate and undergraduate level. He is a personal consultant for many well-known creative personalities, helping them maintain resilience and balance while attaining their goals. Dr. Goodman has received commendations from both the California State Assembly and the California State Senate for his contribution to the Arts.