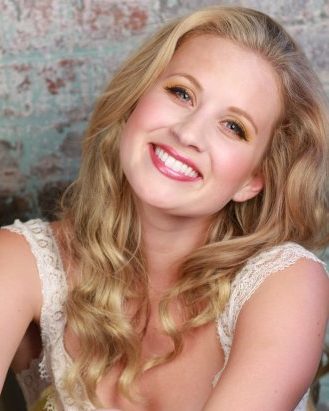 Ashley has toured the U.S. and Canada in Broadway blockbusters WICKED and LES MISERABLES, which she recently reprised in concert, singing as Cosette alongside Hugh Jackman as Jean Valjean.

Linton released her debut solo album, FIRST REAL LOVE, which she co-produced with King Kozmo, a subsidiary of Jazzheads Records. The album is all original tunes by Randy Klein and various lyricists with a throw-back 70’s feel. Her second album, CHRISTMAS WILL KEEP US WARM, features many songs she has written, paired with her favorite obscure holiday gems, now available on all digital platforms.

She holds a BFA from the Boston Conservatory, studied R & B and Jazz studies at Berklee College of Music, Film at Harvard University, and improv and sketch with the Upright Citizens Brigade NYC/LA and Groundlings in Los Angeles. She is teaching artist with Disney Musicals in Schools, building sustainable theatre programs in under-resourced public elementary schools.

Her children's book "Cherry Lane" is available on Amazon and the colorful series "An Alphabet Adventure!" will be released in 2022.

She is featured on numerous recordings and has been a contributing artist to the Holiday Magic Project, benefitting Children’s Hospitals, for over a decade. Proud member of AEA, SAG-AFTRA, ASCAP and, of course, MTG.