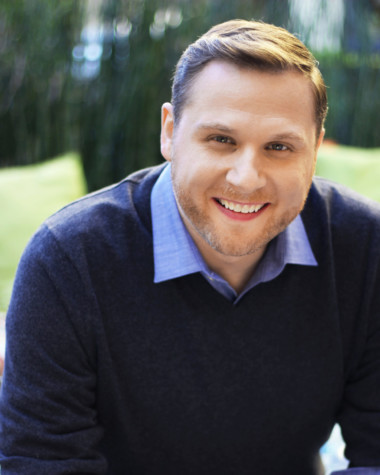 I am SO proud to be an MTG member because of all of the hard work this company does to bring joy to people's lives. From bringing rare and unsung musicals back to life to the incredible outreach program, MTG is a beautiful contribution to our community. I LOVE doing the kids shows and seeing their eyes light up when we sing about the History of Musical Theatre or how the Page JUMPS to the Stage! (Sure, it's 8 in the morning...but it is WORTH IT!)
Charlie Brown in YOU'RE A GOOD MAN, CHARLIE BROWN
My favorite role has to be Marvin in FALSETTOS.
THE PHANTOM OF THE OPERA (Final Answer)
BLOOD BROTHERS (Incredible show, cast, and direction)

I was playing Jason in ORDINARY DAYS at the Victory Theatre. Right before the show, I made a VERY poor food choice and decided to eat some leftover Brazillian meat from dinner three nights prior. Well, it was during a duet (the museum scene) where all of a sudden, I heard a very loud and low stomach rumble come from my body. Brazil was rushing to my throat. Like THE ENTIRE COUNTRY was trying to escape out of my mouth!!!! #BigCountryBrazil

I rushed off stage mid-song and projectile vomited into the sink of the women's dressing room! Meanwhile, our ASM was expertly playing Candy Crush on her iPad and was unphased by my rush past her. It took more than three (3) heaves for her to look up to see what absolute horror I was going through. I switched off my mic and ripped it from my face. #Don'tMakeTheSoundGalMad

Onstage was adorable Alby Potts, our music director and pianist, playing sooo beautifully as the audience was totally confused. My scene partner was frozen in fear and smiling as she tried to look behind her to see what the HECK was going on. They finished the number and the lights went out much too slowly. Our SM announced a short intermission due to technical difficulties and invited them to the lobby for some fresh air. #WhoNeedsTheFreshAirNow?

After about 10 minutes of me emptying my entire stomach, I swished some water, crunched down on some Altoids, and went out to sing my big ol' tender solo, "My Favorite Places." By that point, the entire audience knew what had happened to me (Gossip queens!) and so did the THREE REVIEWERS who were there. Yes. THREE DIFFERENT PAPERS WERE THERE. #LuckyWilliam

I finished the show and right at the moment when curtain call came, I was back at the sink. SO I never bowed...which was good...because our sold-out house would have found out where the splash seats were. #GetToMyGoalWeight

I was SURE our reviews were going to be huge pans...but they all LOVED the show! Each review HAD to mention my peril and felt that I recovered brilliantly! They didn't see me the next day... #TheShowMustGoOn