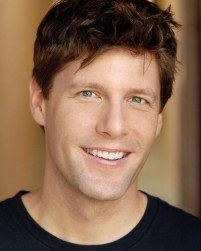 Chris recently returned from the National Tour of CAMELOT, starring Lou Diamond Phillips. A native of Detroit, Chris has performed in regional theatre around the country as well as the Los Angeles area. Some favorite musical theatre roles: Beast in DISNEY’S BEAUTY AND THE BEAST and Reuben in JOSEPH, both for Cabrillo Music Theatre, Radames in Fullerton CLO’s AIDA, Jerry in FULL MONTY and Sir Harry in ONCE UPON A MATTRESS, both for Sierra Repertory Theatre, and Pedro in MAN OF LA MANCHA at Performance Network.

Chris holds an MFA from Wayne State University, where he was awarded a fellowship as a member of The Hilberry Theatre Company. In that vein, Chris enjoyed such roles as: Jack Worthing in THE IMPORTANCE OF BEING EARNEST, for which he received the Oscar Wilde Award for Outstanding Performer; Hal Carter in PICNIC, which earned him a Best Actor nomination from the Detroit Free Press; Cliff in Roundabout Music Theatre’s CABARET; and two separate runs of the one-man show, FULLY COMMITTED, for Kentucky Rep and Oklahoma City Rep. Chris also received the James Kisicki Award for Excellence from the Detroit Free Press.

In addition to performing on stage, Chris has taught as an adjunct professor of Theatre at Wayne State University, and has written two award-winning one act plays, as well as lyrics for the musical THE GOLD WUTAHKEE.

Commercials include the Michigan Lottery and Chevrolet, and he has portrayed Ken of Ken and Barbie fame for Mattel. Television credits include: “All My Children,” “Numb3rs” and “The Singles Table.” Chris is a proud member of Actors’ Equity Association.